I’ve told my story. I’ve seen it hundreds of times in flashbacks. Now it’s been over 18 months since the first time I told my story. I’m still healing, but now I know I’ll be able to be happy again. I’ve seen glimpses of happiness in the last 3 months. I am now independent. I am now my own self and have the right to my own body. Believe me, I still get scared. I know there will always be that scared feeling but that’s because I’m protecting myself. Now I make my own living. I’m not afraid to see the path ahead of me. I see marriage and kids and a future. In the last 18 months I’ve learned that change does happen. I didn’t finish college but I still have a full time job. I didn’t finish the major I worked on but now I know I want to do art and accounting. Who knows what will happen next…
So this is the end to my blog. Thank you to all my followers and I hope I helped you. Rape and domestic violence is a terrible thing. I know my life goal is to help survivors out there. I want to help them have a voice! Hopefully one day we won’t need to be scared anymore. Remember survivors out there, you’re strong! I know I am!

This month is sexual assault awareness month.  I would like to let everyone know about sexual assault. As you all know, I experienced it. Most people don’t know how to respond when someone tells you they’ve been assaulted. Truth is, we just want you to listen, understand, not judge, and be there.  That is usually all.  Most of us are judged. I have been told it was my fault so many times.  People have said the most stupid things to me.  I’ve lost friends.  I found out who my real friends were and I thank them for being there for me through good times and bad and will always be there for them too!

Sexual assault is painful. It’s a loss of control and we feel powerless.  It’s not something we want and we cannot say otherwise.  It’s not about the physical pain during though – it’s about the aftermath. The aftermath and the years of therapy thanks to someone’s needs. It takes awhile to learn to be yourself and happy again.  Whether you block it out or not, It’s still there. The powerless feeling will haunt you.

So to all those survivors out there, know it’s not your fault. It’s their fault. The ones who did this to you.  You didn’t deserve to be hurt.  You are a survivor and you are strong! Hang in there! There is recovery and there is hope whether we see it or not!

Oh the amount of times I’ve heard the line “just get over it.” I wish it were that easy. I wish for a day I could not have a flashback or a nightmare. I wish I didn’t have to worry about the next breakdown I’ll have. It’s been over a year since I left my very abusive ex. I just wish it didn’t haunt me. I have supportive people, but I have also learned who my real friends are. It’s just people don’t understand. They don’t understand the pain of rape and abuse. It’s not just an overnight thing to heal from.

I know people don’t always know what to say, but I can tell you this: Don’t tell a survivor to “just get over it.”

I wrote this poem to describe what it’s like to dissociate (WordPress is not letting me space it correctly):

Something inside of me.

But that’s a good thing.

Because the pain is not there.

But I’m not there.

I can hear them.

I tell them I’m not okay.

I don’t know what to say.

I’ve learned that keeping busy helps me. I now work full time so I’m always busy. Busy helps the bad stress. It keeps my mind occupied. I may still be stressed, but it’s a different kind of stress. I’m finally moving on. I’m living my life again and I feel that I can be happy sometime soon!

Sorry I have not posted. I got in another car accident a few days later and was actually hurt that time.  I’ll post more about the second accident later.  Just been having a stressful week. I’ll post more later this week. I’m also in the process of moving so I will not be able to post as much in the next 1-3 weeks.

On a happy note, i have decided that I want to dedicate part of this blog to the happy and inspirational things that happen.  I may gather quotes and poems and post them here as well. I’ve realized that snce I’ve been raped, I’ve lost some of my positive sense. This is a way for me to gain it back.  Look for the inspiration to come!

Here’s my first inspirational post and this is how I feel this week: 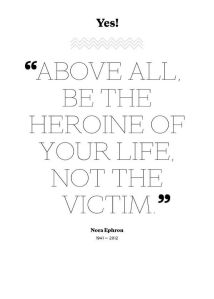 I didn’t realize at the time, but there were many red flags in my relationship with my ex.  I never really learned what red flags are.

I know now that the ones I saw were:

Remember you shouldn’t have to feel scared or to watch what you say. I’ve learned that there may be a reason why we might be scared. Also, animals sometimes know when someone is an abuser. I know my dogs never liked him…

There are so many signs I saw. He’s a textbook case of an abuser.  If you’re wondering what flags are I’ll post a few websites:

What are the red flags that you saw if you were in an abusive relationship?

This blog may be hard to read for some viewers. If violence is triggering to you, please leave the site. This site is awareness to Domestic Violence.

If any of these rules are broken, your comments will be taken off: 1) Please link to my blog if you take any of my pictures or writing. 2) Please be considerate. No spamming either. 3) My password protected blog is for my safety. It's my story. If you would like the password, there's a contact forum in my password protected page. Message me that you would like the password and I'll give it to you.
abuse anniversary anxiety assault depressed depression domestic violence domestic violence awareness month fear flashback horses hurt insomnia migraines my story nightmare pain poetry PTSD rape reporting scared sexual assault sleep stress stressed survivor telling people therapy writing
The Galloping Heart
Blog at WordPress.com.